Kosmik, another textured, rough font. The original pre-OpenType release (around 1993) was a bit of an experiment. Each letter had three separate drawings so that when letters appeared in pairs the shapes would not repeat. This would enhance the handdrawn quality of the text. The mechanism was quite strict, alternating between 1-2-3-1... The effect was convincing. Later the fonts were rebuilt using OpenType features.

A cool A6-format type specimen was produced, in which TypoMan made an appearance. May have been his first. Extremely rare, highly collectible. Issuu 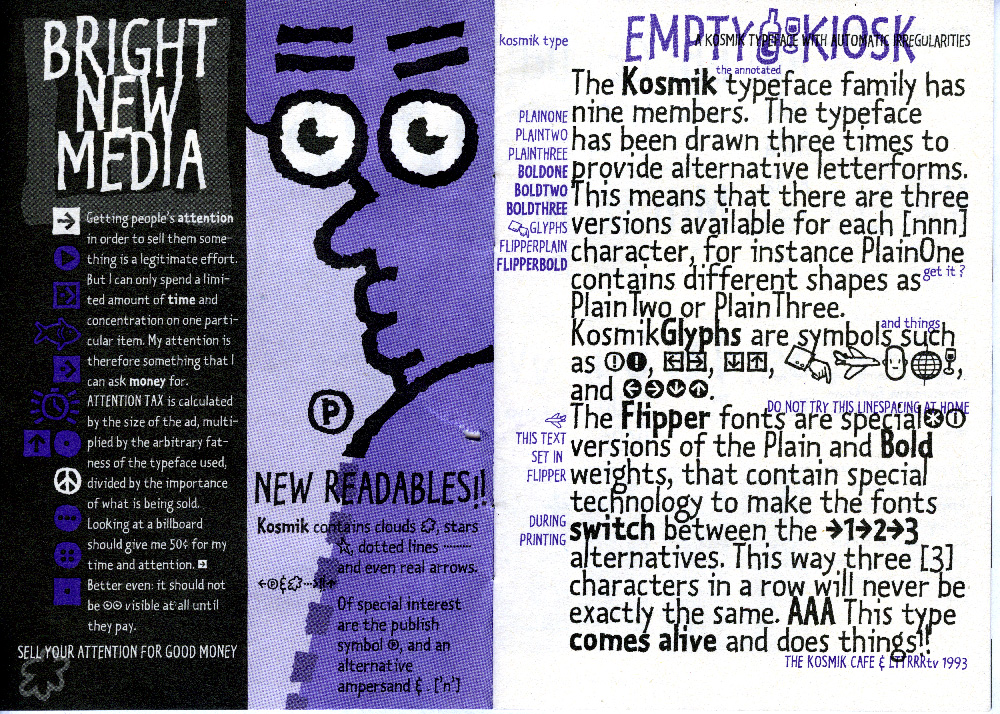 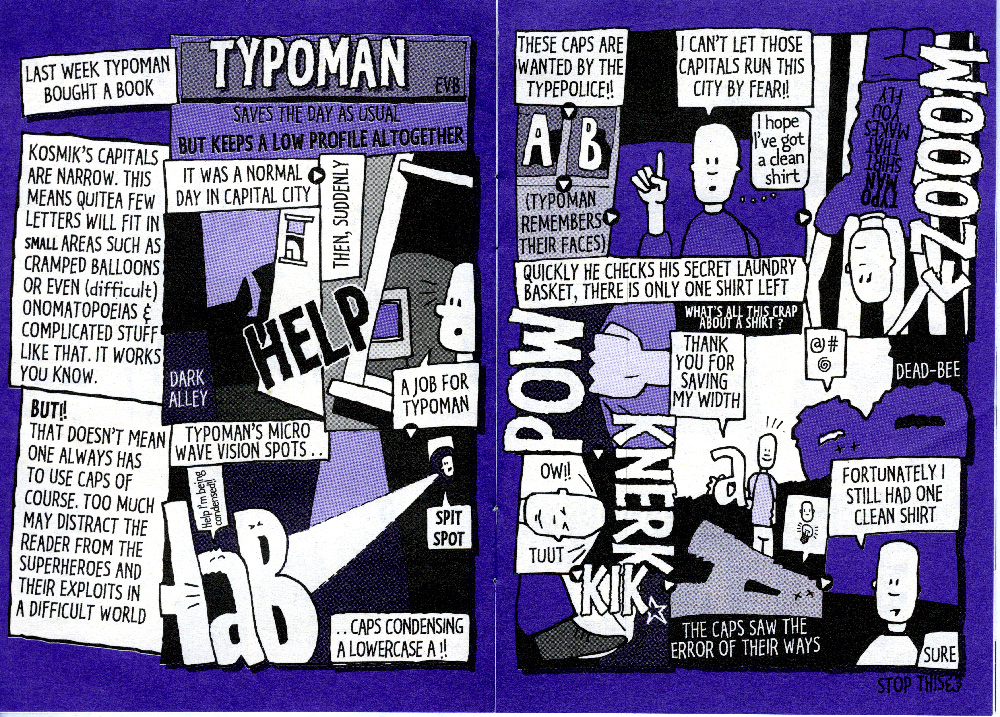